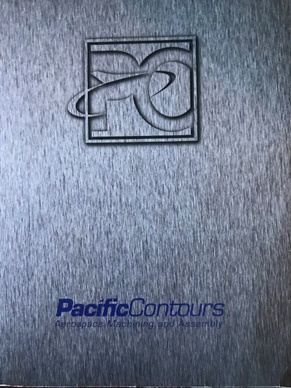 The F-35 program serves as a cornerstone of global security and creates jobs across the U.S.

Anaheim, Calif., May 14, 2014 – Lockheed Martin [NYSE: LMT] today showcased its F-35 Lightning II mobile cockpit demonstrator to state and local elected officials and employees at the Anaheim facility of Pacific Contours, which supplies the large complex 5-axis machined part details and assemblies such as frames and bulkheads for the F-35.

There are nearly 28,000 direct and indirect jobs tied to the F-35 program in California and about 129,000 nationally, producing about $17.5 billion in economic impact.

U.S. Representative Ed Royce (R-CA-39), Chairman of the House Committee on Foreign Affairs, spoke at the event.  “In order to ensure America remains the premier military force, we must continue to create cutting edge technologies that preserve our tactical air superiority.  The F-35, the world’s most advanced multi-role fighter, is the result of such innovation,” said Rep. Royce. “It’s also important that all production stakeholders are responsible stewards of taxpayer funding during the manufacturing of F-35s, equipment that will help protect our nation from threats of all kind.”

“We’re pleased to demonstrate to Pacific Contours’ employees how their hard work contributes to the capabilities of the F-35 Lightning II, the most advanced fighter jet in the world,” said Danny Conroy, director, USAF F-35 Program, Lockheed Martin. “The employees here in Anaheim are producing critical components for the F-35s flying today, and we’re excited to offer an opportunity to showcase this fighter’s superior performance capabilities to them and the Southern California community.”

“Pacific Contours is honored that Lockheed Martin selected our Anaheim site to showcase the F-35 cockpit demonstrator,” said Michael Rapacz, president, Pacific Contours Corporation. “Pacific Contours is proud to serve all Lockheed Martin F-35 models with complex big-bone components such as bulkheads, frames and longerons. These major components, along with many others that we manufacture, are vital to the aircraft mission success, protecting the lives of our war fighters and those of our allies while supporting jobs in California.”

During today’s event, attendees received an update on the status of the program as well as the opportunity to “fly” the F-35 cockpit demonstrator to experience stealth capability, fighter agility and integrated information through the eyes of a pilot. The cockpit is visually and audibly interactive and provides a realistic look at the F-35’s performance, air-to-air and air-to-ground capabilities, sophisticated sensor fusion and advanced computational capabilities.

The F-35 program has more than 1,200 suppliers in 45 states and Puerto Rico, building and sustaining a highly skilled workforce critical to national security and economic prosperity. Additionally, thousands more are employed in the F-35 program’s partner countries, which include the United Kingdom, Italy, the Netherlands, Turkey, Canada, Australia, Denmark, and Norway.